For the release of a full musical album project, I designed a 190 page commemorative digital lyric document with artwork, full lyrics, and additional bonus content for listeners and readers. Proofreading and verifying lyrics with audio samples. I then printed hard copies of this document into a spiral bound presentation.

I arrange, play, record, and edit a variety of cover songs published to my soundcloud account. I provide lead vocal and harmonies. Instruments include ukulele, keyboard, guitar, bass, and percussion.

Bandhub.com is an online collaborative music community with one-take asynchronous video recording, to build original and cover collaborations with other musicians. I have participated in over 35 collaborative performances to date as lead vocals, harmony, and ukulele.

My Bandhub profile is available here

I’ve written, arranged, and performed demos for two songs in the style of musical theater based on characters from the show Critical Role, Geek and Sundry’s flagship Dungeons and Dragon’s game series.

A sad, romantic duet between Lady Kima and Allura, two former adventurers who have spent years being afraid to admit their love for one another.

A revenge dirge in the style of Stephen Sondheim’s “Sweeney Todd” and “Assassins”. Percival De Rolo, the lone survivor of a monstrous massacre that claimed his entire family, grapples with an unexpected reunion with their murderers, and the demonic deal he made to create the perfect machine to exact his revenge…

An adaptation of the song “Giant Woman” from Steven Universe, created by Rebecca Sugar. This song is an extension of a moment in the show, how I imagine the reprise of the original song would have played out. The original moment that this song is based on was written by Rebecca Sugar and performed by Aimee Mann.

VOX MACHINA, An Exandrian Musical, was a year-long labor of love from the minds and talent of over 70 volunteer writers, singers, musicians, and artists, and no budget. On February 23rd, 2018, we released a full album of nearly 50 fan-created songs in homage to the Dungeons and Dragons active play series “Critical Role” and the acclaimed broadway musical Hamilton. We reshuffled and rewrote the entire soundtrack of Hamilton to adapt over 188 hours of “Critical Role” into a 2.4 hour musical album.

As co-producer on this fanmade musical album, my responsibilities over a one year production process included: 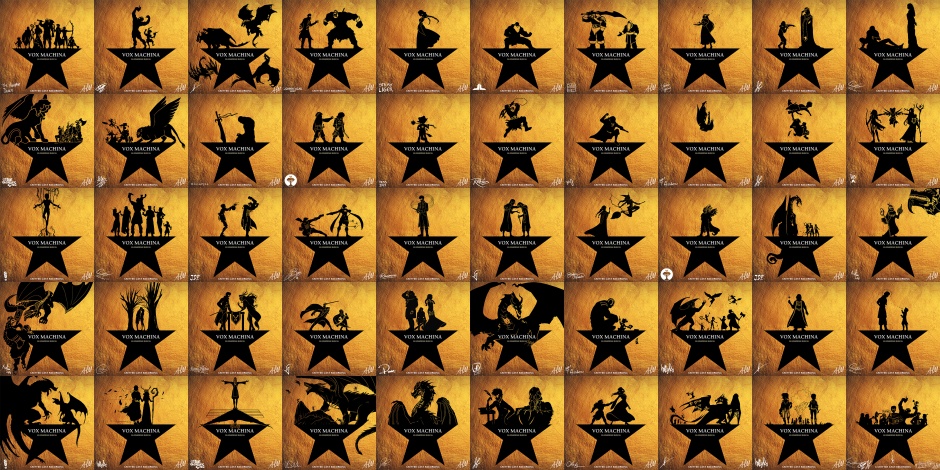 I acted as artistic director for this project: conceptualizing, recruiting artists, and digitally assembling all 50 pieces of art, as well as graphic enhancing many pieces from hand drawing to match the sillohuette aesthetic of the show. CLICK HERE FOR LARGE SIZE

An example of video projects in which I edited existing video, effects, still images, and music into a transformative work. Fandom music videos are intended as character or thematic studies that juxtapose appropriate sound and music design with relevant imagery to create a cohesive theatrical or emotional experience.

This particular example is a retrospective on “The Legend of Korra”, and animated cartoon series. The blending of historic Asian and 1920s jazz aesthetics in the music and visuals of this series inspired me to pair it with the 1920s style song “Spirit of Adventure” from Pixar’s Up, and blend them together to create a sense of playfulness and nostalgia for fans of The Legend of Korra series and its characters.