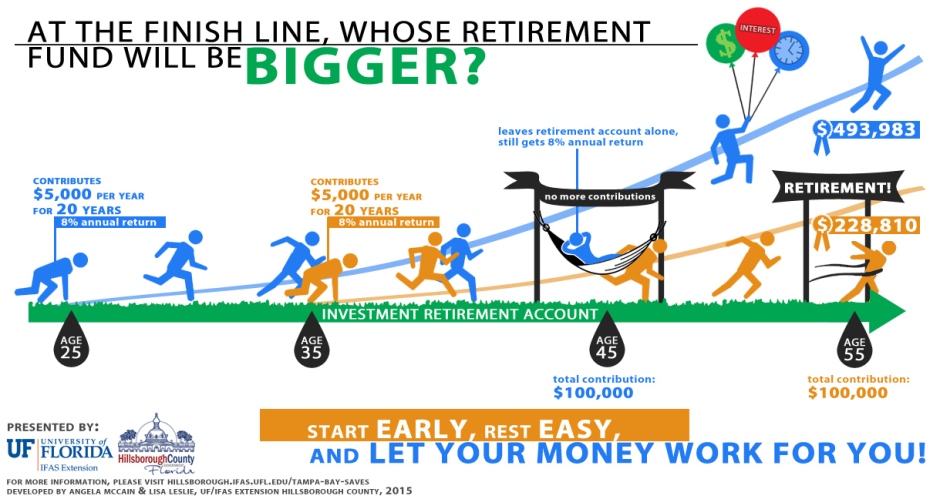 Redesign of a promotional brochure, adhering to UF and Hillsborough County branding guidelines while providing current and clear subject area and contact information. 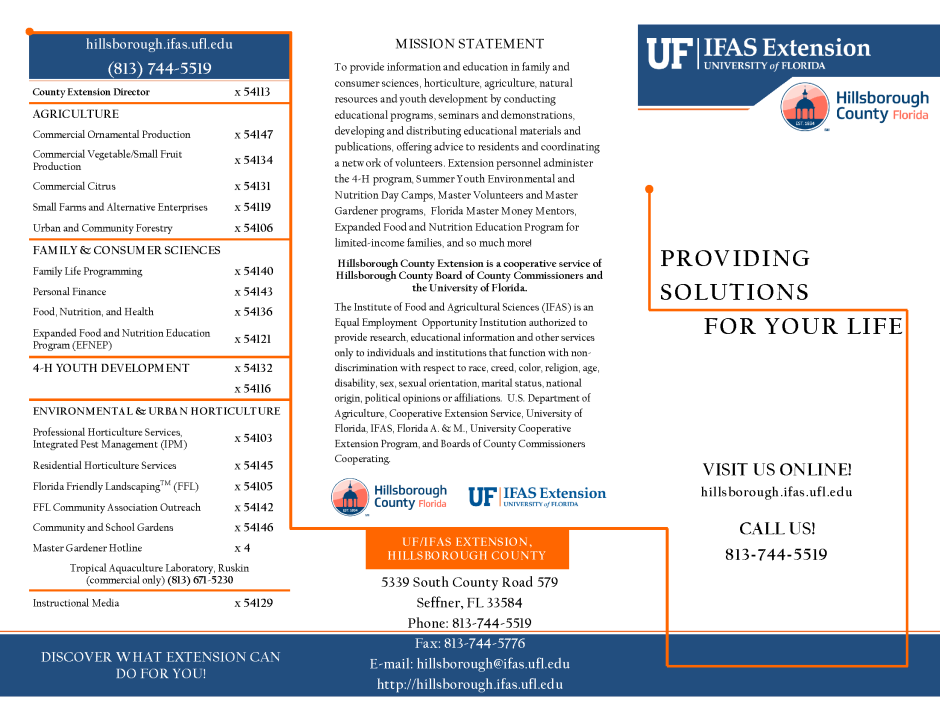 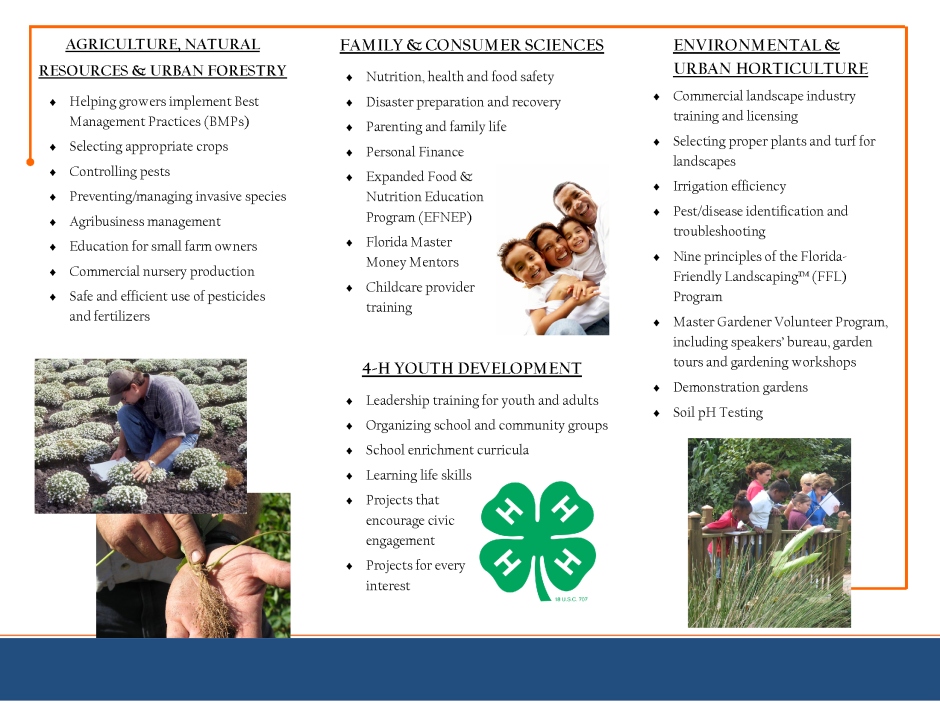 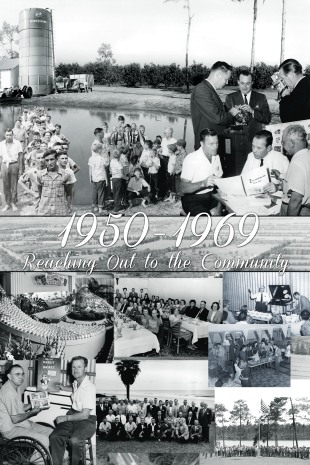 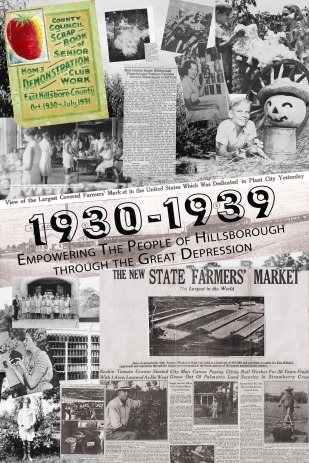 My first assignment when I was hired to the UF/IFAS Extension Service in Hilsborough County was to produce promotional materials for the 100 year celebration of United States Cooperative Extension. I was provided 10 boxes of unorganized historic photos and documents from over 80 years of history within the county. I organized, digitized, and digitally modified them to create collage posted for several decades in extensions history. I then printed these posters on a large-format printer and displayed them during department events and presentations.

The Smith-Lever Act formalized extension in 1914, but its roots go back to agricultural clubs and societies of the early 1800s. The act expanded USDA’s partnership with land-grant universities to apply research and provide education in agriculture. Over the last century, extension has adapted to changing times and landscapes, and it continues to address a wide range of human, plant, and animal needs in both urban and rural areas. Today, extension works to:

quoted from the US National Institute for Food and Agriculture

An example of video projects in which I edited existing video, effects, still images, and music into a transformative work. Fandom music videos are intended as character or thematic studies that juxtapose appropriate sound and music design with relevant imagery to create a cohesive theatrical or emotional experience.

This particular example is a retrospective on “The Legend of Korra”, and animated cartoon series. The blending of historic Asian and 1920s jazz aesthetics in the music and visuals of this series inspired me to pair it with the 1920s style song “Spirit of Adventure” from Pixar’s Up, and blend them together to create a sense of playfulness and nostalgia for fans of The Legend of Korra series and its characters.